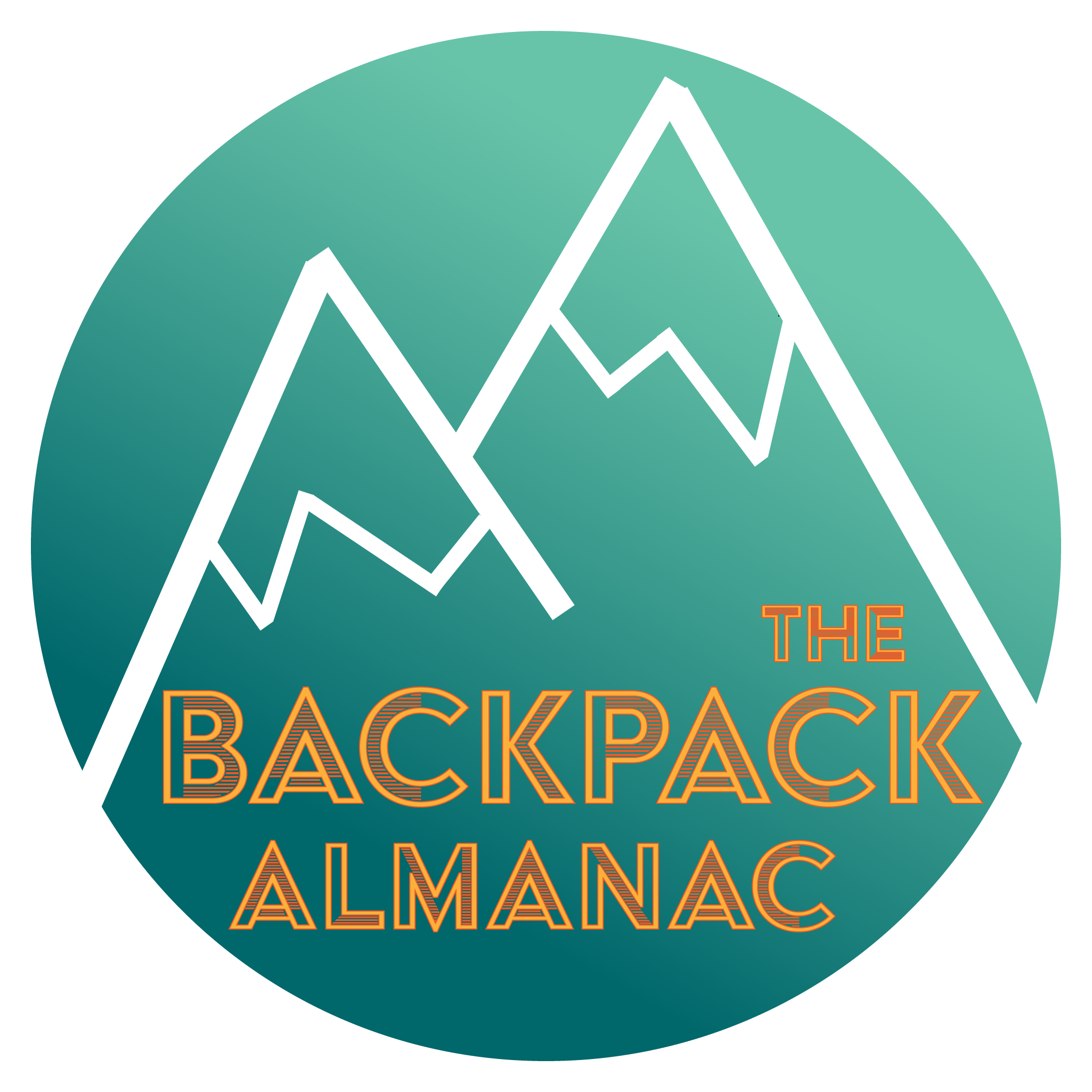 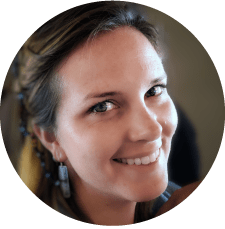 I was born in Boise, and like so many young people, thought it was an incredibly boring place to grow up.  Only after spending time abroad and in other states did I realize how truly special my hometown really is.

I graduated high school early and spent a year in Cremona, Italy as a foreign exchange student, where I learned all about the magic of gelato (pistachio and black licorice are my favorite flavors, judge all you want, they are delicious) and apperetivo.  I loved Italy and although my Italian isn’t what it used to be, learning a new language, living with a host family, and experiencing a new culture on a 24/7 basis set the next 10 years of my life in motion. 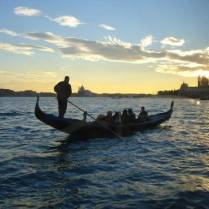 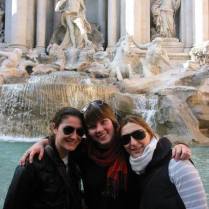 In front of the Trevi fountain with my host sisters, Steffi and Clo 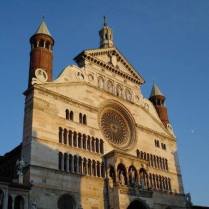 After Italy, I was worried about going to a large university and getting lost in gigantic classes; so I chose the opposite route and applied to a very small women’s college called Cottey College.  The small size and close-knit culture of Cottey allowed me to freely explore different avenues of jobs, classes and extracurricular activities.  At the time, they only offered a two-year Associate Degree, making my time there short and sweet.  Even though we only had two years together, the relationships I formed there have been some of the most important and lasting friendships in my life.

Two years after I returned from Italy, my travel itch was becoming unbearable, and I decided to do another study abroad.  This time I wanted to continue my french studies, but was set on going somewhere besides Europe – thus, Morocco became my next destination.  While in Ifrane, Morocco I studied French and Arabic, but my most formative experiences involved travelling with other foreign exchange students.  We spent many weekends in Chefchaouen, a beautiful blue city nestled in the Rif Mountains.  Over spring break we rented cars and drove down to the Sahara, where we rode camels and learned about Bedouin culture.  My French and Arabic are basically nonexistent now, but the memories of all the amazing places we went more than make up for my lack of language retention. 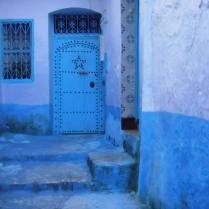 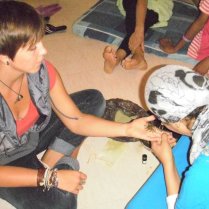 My host aunt showing off her henna skills 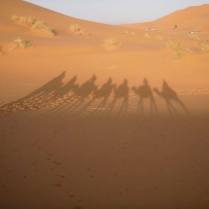 riding camels in the Sahara

I finished up my studies at the University of Montana (Go Griz), and even though I absolutely loved Missoula, I knew it was time for a change after graduation.  I had a bachelor’s degree in French, and any french major worth their salt can tell you that with that degree you’re either going to be a teacher or work for the government.  I stumbled across a teaching opportunity in China, when a conversation with a friend about post graduation plans led me to say “I’ve always wanted to learn Mandarin…”, and he happened to have a contact in China who was looking for native English speakers to teach at a university. 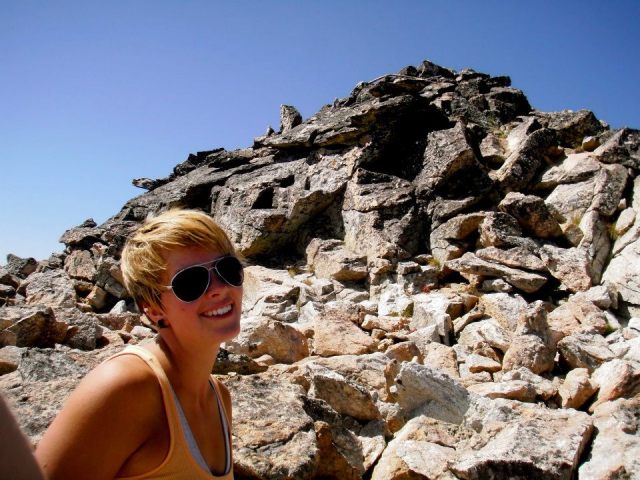 So that’s how I ended up in Guilin, China.  To say that the two years I spent there had a lasting impact on me… I think is an understatement.  China is a difficult place to live, but there is also a sort of lawless magic about being there as an expat, a sense of freedom that comes with the anonymity of living abroad.  I lucked out by living with an amazing community of other teachers; we supported each other, traveled together, and celebrated together, forming a bond forged by exciting adventures and new experiences daily. 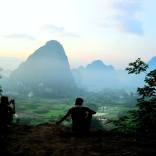 hazy sunrise after a night of cave camping in Yangshuo 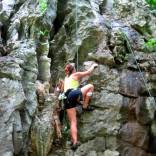 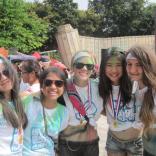 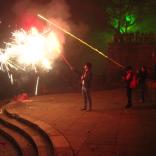 Fireworks for Chinese New Year – so dangerous, but so fun!

I absolutely loved living in China.  Guilin is a really special city, and the surrounding provinces are home to some of the most breathtaking scenery I’ve ever seen.  I miss so many aspects of life there; the food (BBQ tofu, why are you not a thing in Idaho?!), driving my yellow electric scooter in the chaos that is everyday traffic, train travel for weekend getaways and my friends and students all come to mind… but after two years, I was ready to come home. 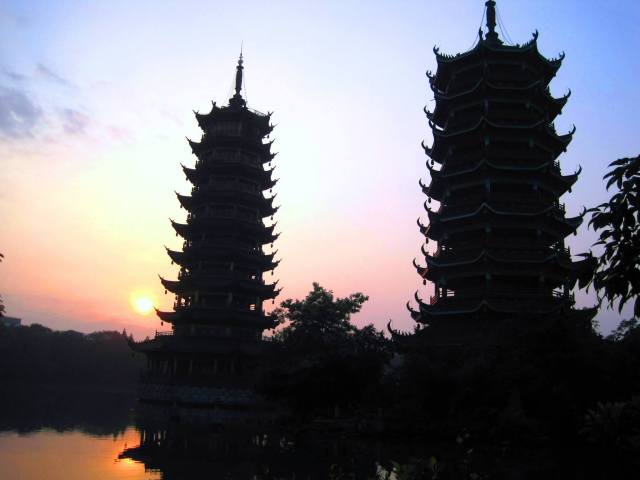 When I first got back from China I was planning to move somewhere outside of Boise, as I wasn’t sure how I’d feel about living in a smaller city after having been a part of a city of 3 million people for two years… but it turned out Boise is exactly where I’m meant to be.  It’s grown a lot since I was a kid; what used to be farmland is now subdivisions, and our downtown is so vibrant and fun.  What hasn’t changed is “Boise nice”, the respect and goodwill that all Boise residents seem to inherently understand and promote every day.

That’s the mentality I try to keep as I navigate through life.  I’m not perfect, but I do try to live my life truthfully while keeping in perspective how lucky I am to have had the opportunities to travel and experience as much as I have. 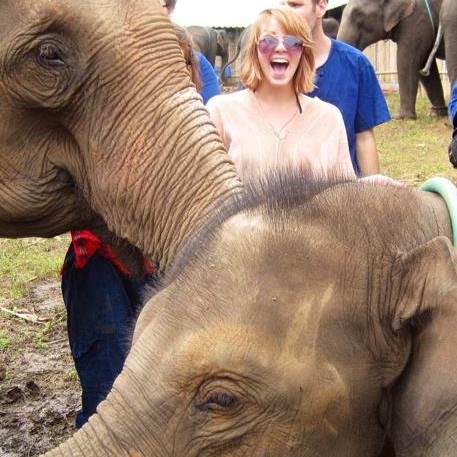 Now I’m building a life in Boise with my fiance Colin (he’s the tall guy in my videos), our two dogs, Charlie the Labradoodle and Theanie the Shepard-Pitbull mix, and our cat Digit. 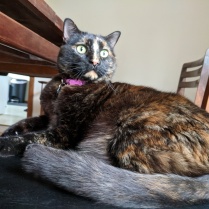 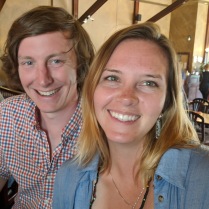 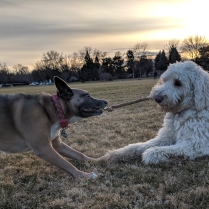